Sean has spent the last 25 years in the culinary industry and 12 of those years have been devoted to Pietro’s Prime, a family-owned and operated restaurant that he opened with his partner, Marisa. Located in West Chester, Pennsylvania, the building was originally two homes built in the late 1890’s. The previous owners combined the two spaces into the building that now houses Pietro’s Prime. 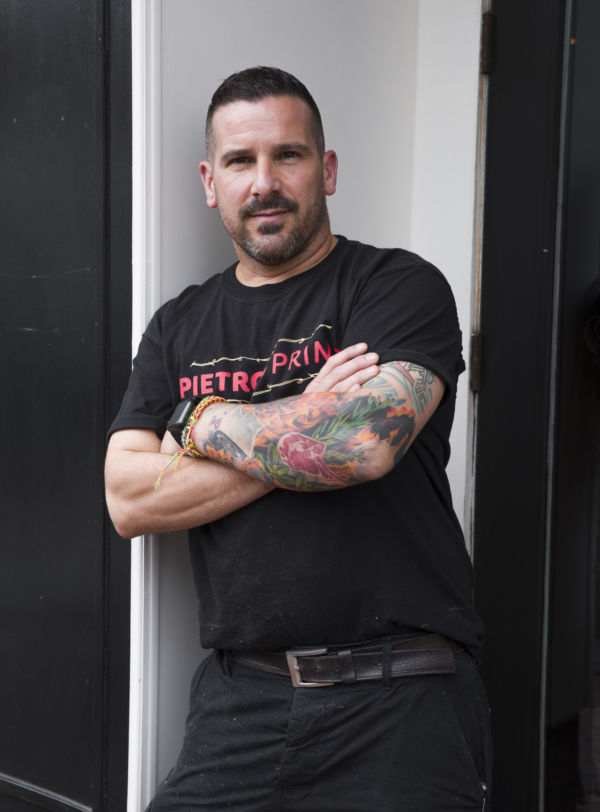 “I love steak and growing up, steak wasn’t something we could always having with my mom feeding all of us,” said Sean Powell, Owner and Head Chef of Pietro’s Prime. “I recognized that there weren’t any true steakhouses in the area.”

A graduate of West Virginia University, Sean quickly realized that his degree in Business and Finance would not serve his passion. Being in the kitchen was something that he always loved to do…a passion. With that in mind, he went to culinary school at the Philadelphia Restaurant School (now Walnut Hill).

Sean’s career was launched in country clubs and restaurants in and around Philadelphia. Prior to opening RESTAURANT, Sean worked for his partner’s parents at Guinta’s Market, a high-end grocery store, which included a 4000 sq ft. food court and events catering. He brings that open high visibility experience to Pietro’s Prime.

“I have an open kitchen policy, so regulars know that they can come in and say, “hi” any time they want. They’ll give feedback and mostly they seem to love the dishes.”

The Bone-In Filet is one of those popular dishes because, according to Sean, its’ the best of both worlds. People enjoy the tenderness of a filet and then having the bone and some of the fat on it gives it more flavor than some of your typical filets. That’s why is remains a verbal staple on the restaurant’s specials menu.

“In the kitchen, I let my guys do a lot of things. I see them more than I see my girlfriend and my family, so we are kind of like a family and I let them go with it. A lot of the stuff that’s on the menu comes from their ideas that we’ve improved upon over the years.”

Prep Tips – – at home you can let it sit out and get to room temperature. Season it after, don’t salt ahead of time. Always let it rest at least 5 minutes before serving. Put some butter on it and flash it again to bring the heat back up.

“I’ve been with Rastelli for 12 years. They brought us to the plant and we experimented with different cuts. They helped me develop a lot of the menu.” 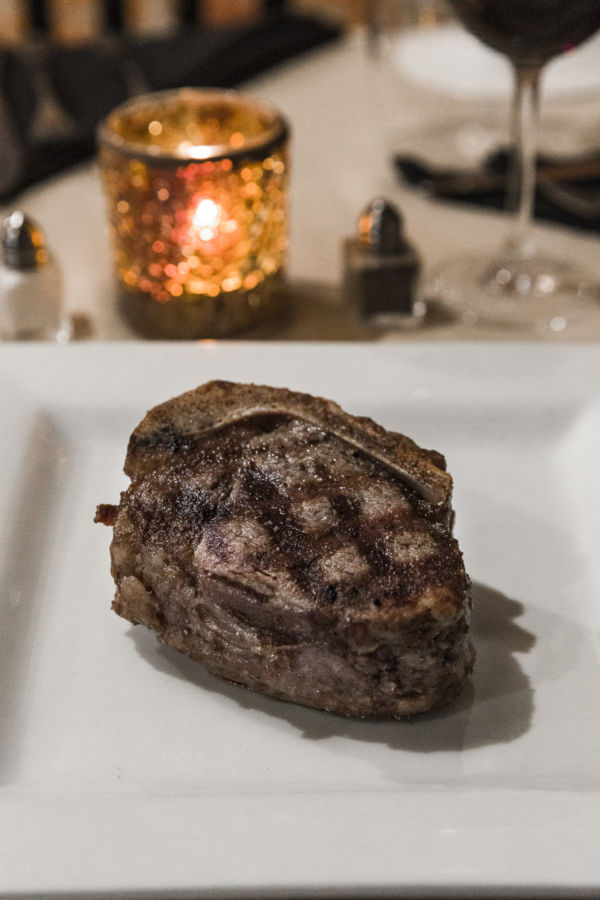 90% of the meat at Pietro’s Prime comes from Rastelli. Bone-in Filets, Cowboys, Filets, Ribeye Filet (a unique center cut that trims down to the eye, but has the marbling to give it flavor) and more.

“We try to do our best not to succumb to the corporate thing and Rastellli is definitely a lot like that,” says Powell. “I got to work with the family and know them well. Ray’s been a great help through good times and bad times in the market when meat prices go up and down.”